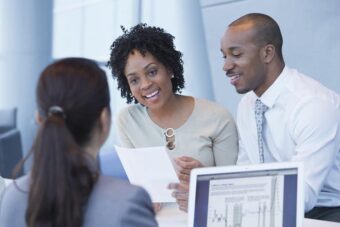 The Maryland Heights, Mo.-based IT products and services firm was co-founded in 1990 by David Steward, the chairman of the board, and James Kavanaugh, who serves as CEO. This firm enables its customers to implement the technology. With more than $11 billion in revenue at the end of 2018, the firm employs over 5,000 people.

Vista Equity Partners, a private equity firm specializing in software, data, and tech, was founded by Robert Smith and Brian Sheth and currently employs over 65,000 people worldwide. They are headquartered in Austin, Texas, and although their revenues aren’t public information, Robert Smith was a billionaire worth over $5.5 billion in February of 2019, according to Forbes.

A business founded by Janice Bryant Howroyd in 1978, ACT-1 is a global firm operating in 19 countries that helps other businesses manage their workforce and employment needs. Based in Torrance, Calif., the firm started off as an employment agency. As of 2018, the firm employed 2,000 people.

The percent of the U.S. population that is African-American.

Bridgewater is a Detroit-based firm in the business of supplying automotive parts. It was founded in 1998 by Ronald E. Hall Sr.. He passed away in June 2016, and the firm is now led by his son, Ronald E. Hall Jr., who joined the company in 2007. The firm is a joint venture between Epsilon Technologies and Johnson Controls, Inc., with an employee base of 2400.

One of many Coca Cola franchises, its chairman and chief executive officer is Troy D. Taylor. Based in Tampa, Florida, it began operations in 2015 and was the first addition to the Coca Cola system in nearly 60 years. It sells, manufactures and distributes over 600 products of The Coca-Cola Company and other partner companies across 47 Florida counties and as of 2018 employed 4,800 people.

The above companies are incredible earners, but there is something to be said for media personalities and athletes who have achieved such success that they could almost be considered a company themselves. African-American billionaires such as Oprah Winfrey and Michael Jordan carry enormous presence and power so although they don’t control traditional companies, their sway and earning ability require their mentioning.

Black-owned businesses account for a substantial amount of U.S. revenue. The top 100 African American-owned companies together generated almost $30 billion in revenues and employed more than 71,000 workers in 2018, according to Black Enterprise. Most of these firms have been established in the last few decades, and many are still led by their entrepreneurial founders.